ag-Grid can process over 150,000 updates per second. Together with the latest browsers and ag-Grid’s cutting-edge algorithms, let me introduce you to the fastest JavaScript datagrid in the world.

Back in 2018 we performed a test and achieved 150,000 updates per second with the following hardware / software:

You can see an example of high frequency updates on the front page of our site.

And at the bottom of the page you can find an example to experiment with.

The test results were as follows:

Why Streaming Large Updates is Important

Finance applications hold ticker grids as the ‘holy grail’ of grid applications. Ticker grids are the data grids that show movements in financial data. For example streaming up to date prices or market movements.

The high frequency update features and underpinning algorithms heavily played a part in the decision of Proof Trading to choose AG Grid as their blotter data grid. You can learn about their evaluation process in this case study.

Typically the amount of data in these data grids is smaller and the amount of updates is less frequent than that in the demo on our site. For example if a grid has one million records then it is useless — no user is going to scroll down through one millions records. An application that presents one millions records to the end user in a flat list is a badly designed application. Likewise data updates should be infrequent enough that they can be consumed by a human. If a piece of data is changing 10 times every second, then it is useless.

So the use case presented in the demo (over 10,000 records with over 1,000 record updates per second) is either an unlikely situation or an edge case situation. So the demo can be seen as ag-Grid demonstrating it is more powerful than you will probably ever need with data updates — it can manage and update data faster than humans are able to consume.

Here are some other things to look out for where ag-Grid is going above and beyond what other grids do.

Update While Grouping, Pivoting or Flat

Updates are made at the lowest level only. The values displayed at the grouped level are aggregations of the underlying values. When a value changes, the grid does ‘dirty path selection’ to work out what aggregated values need to be updated and updates just those.

One thing to try on the demo is to start the load test and then drag the columns around to play with different group and pivot combinations. Notice that this can all be done while the grid is processing the feed of data updates.

If you click on a column the data is sorted. If you then start a load test while the grid is sorted the rows will move in real time as the data changes the sorting order. In the animated gif below the column ‘Current’ is sorted.

The animated GIF’s frame rate doesn’t show how smooth the animation actually is, so try the sorting yourself in the demo. The grid uses the GPU (graphics hardware) for moving the rows between sorts by making use of 2D Graphics,CSS Transform and CSS Transitions. These together create very smooth animations as the rows move.

ag-Grid allows you to do range selections like in Excel. In the demo, try dragging the mouse over a selection of cells. On the bottom right of the grid information appears with aggregations (sum, average e.t.c.) of the values in the selected range.

If you select a range while the load test is running, the aggregations will update in real time with the changing data.

Why not use Canvas for Rendering Data Grid?

There are other JavaScript data grids available that claim to be fast because they are written using the HTML Canvas element. The canvas element allows for rendering using the 2D graphics library. It is a low level procedural model. If you use a grid that uses canvas then you should be aware that:

So to sum up, canvas grids  are not necessary. The example on this page demonstrates that standard HTML elements can achieve the performance required. Given ag-Grid can do the job with plain HTML then why would you want all the disadvantages of Canvas?

In a streaming environment, events are normally received across the network. This would typically be done using web sockets when the application is running in the browser.

Each event would contain one or more record updates. If many updates are streaming in, it would make sense for the source of events to batch the events up — eg rather than sending 10,000 events every second across the network with one update each, the source could send an event every 20ms which would equate to 50 messages with 200 updates each (giving still 10,000 updates per second).

The batching of events like this will not degrade the user experience as data changing every 20ms is past the speed our brains can process data, so more frequent updates would be simply lost on the human brain. However there is benefit to the computer network in batching as it will lesson congestion on the network.

In the Load Test and Stress Test each message had 100 record updates.

Users of ag-Grid might wonder if there are any tricks used to get the grid to work this fast. There are no tricks. The only item to take note of is the use of Batch Transactions with the grid API batchUpdateRowData().

If you are working with large amounts of data then the Server Side Row Model's High Frequency Updates.

The example in the documentation presents a simplified trading hierarchy, typically found inside a financial institution. The data has 28 products, 150 portfolios, 700 books and 3,500 trades.

We created a little example you can play with here, by adjusting the Feed Delay you can see the impact on the transactions. Feel free to dive into the code and experiment.

ag-Grid can handle the performance required by modern day enterprise applications. In addition to the performance, it also includes many features that are not available in other grids. 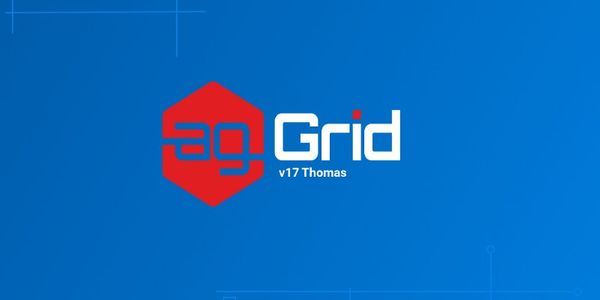 We’re delighted to announce the release of Version 17 of ag-Grid. This is our second major release of the year and we’ve packed it with improvements. 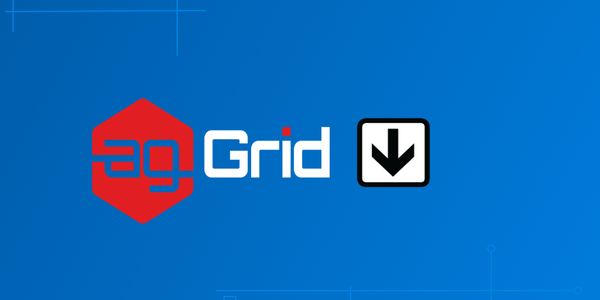 It’s important to us that we give back to the community which supported us in our early days.