Pablo Fonseca has created a Streamlit Component to make it easy to add AG Grid to Python Streamlit applications.

Alan Richardson from AG Grid's marketing team was able to chat online with Pablo about his project.

Pablo's component wraps AG Grid with a configuration interface as close to AG Grid's as possible to allow the AG Grid Documentation to act as a reference, this is helped by Python dictionaries being very similar to JSON objects.

Streamlit has a built in Table and Grid but doesn't support sorting, filtering and pagination as easily.

The component makes it easy to load Pandas data frames and render them in a grid for manipulation.

In the interview Pablo explains what led to the component's creation and provides a demo of the component and examples code. Pablo also explains that this is his first React project and how the Streamlit documentation helped him get started and replace his use of Jupyter.

Watch The Interview With Pablo 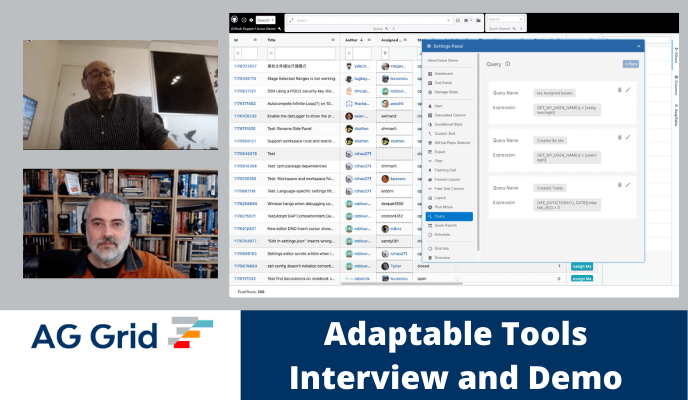